Mesh has helped us scale OKRs from a small group of leaders using google sheets to entire ShareChat. We scaled to 3x the number of OKRs and owners in one quarter. Conducting check-ins and reviews now takes half the amount of time. The performance review module is great too. Helps drive more transparent assessments.
Farid
COO & Co-founder, ShareChat

ShareChat, founded by Ankush Sachdeva, Bhanu Pratap Singh and Farid Ahsan, is India’s leading social media platform that operates exclusively in Indic languages. As per the company, it empowers a 160 million strong monthly active user community to share their opinions, record their lives and make new friends - all within the comfort of their language of choice. Their short video platform Moj, with tens of millions of users from across the world, has been designed for artists and creators to create innovative short video content and display their creativity to millions, globally.

Mesh saves us lots of time during performance reviews as well as ongoing check-ins. It's highly customizable and user friendly. The rollout was fast and easy, even though our requirements varied from one part of the organization to the other.

What was ShareChat looking to get out of a Performance Management tool?

Since its founding in 2015, ShareChat has been growing at a breakneck pace towards its mission of becoming the most prominent Indic language social media platform. The company managed to increase its headcount to over 1200 employees in 2020, owing to unprecedented growth during the lockdown.

However, with the growing workforce, making every individual/ team fall in line with the company’s larger objectives was not being done effectively. The company used a bunch of tools including Ally but they couldn't do justice to their competencies-based requirements and lacked an all-in-1 interface.

Their two core objectives were:

ShareChat’s people team was well aware of the efficacy of the OKR system for performance evaluation and wanted to roll it out to the entire organization with an aim for at least 60-70% of OKR completion rate across teams. This was to ensure that every small/ big team aligns its own objective with that of the larger objectives of the company and stay true to them through periodic check-ins.

Something both Mesh and the people team at ShareChat agreed upon is that consolidating an entire year’s worth of work into a 30 minute performance review is actually cruel on both the employee and the manager. It’s ineffective, inadequate and most of the time, doesn’t reflect on the employee’s contributions appropriately.

The ShareChat team wanted these performance reviews to not be a one-time affair and be effective in a sense that the employees don’t feel disappointed after the review and have clear direction on their own as well as the company’s larger goals.

What were the challenges ShareChat was facing?

The people team at ShareChat faced recurring challenges while trying to scale OKRs throughout the organization. These were,

Just like many other organizations, even ShareChat had been using excel sheets to manage OKRs and they quickly realised how painful a process that is. Apart from simply being hectic to manage, it has major downsides on the collaboration front, making it an ineffective way for doing OKRs.

Even when the individual objectives were set up by the respective managers, updating those objectives wasn’t being done on a regular basis. Part of the problem was the multiple performance management tools that made the job really cumbersome. And secondly, any updates to the objectives required frequent meetings/ sync-ups even for simple check-ins, making the entire process very hectic.

The last bit of an issue was with the length of these meetings. The updating process, which ideally should not have taken more than 5 minutes for everyone, used to go on for 2-3 hours for various teams. This not only resulted in a lot of “unproductive time being spent in meetings” but also a general non-receptiveness from the employees towards OKRs.

How did Mesh help ShareChat achieve its objectives?

In the team’s initial demo session itself, ShareChat saw Mesh’s potential with regards to the flexibility and ease of managing their competency-based performance management system. They wanted to bring the proficiency level of all the employees under consideration as well in the review process and no other platform was customisable enough to meet such unique needs.

ShareChat rapidly scaled OKRs across its teams to bring transparency and showcase leadership direction to the employees. Their objective was to align employee’s personal goals to that of the company’s OKRs. This helped employees understand the overall impact their work is having on the health of the company.

Additionally, ShareChat was also able to decentralise ownership of each OKR to the respective teams and managers rather than the central team keeping a track of them. This led to a more conducive and free-flowing environment between the managers and their direct reports, in terms of what they wish to work on and how they wish to streamline their goals

A marked change noticed one month into the rollout of Mesh was that the unplanned meetings and sync-ups required specifically for the OKRs were reduced to 50%. Not only were people spending less time in these meetings but some teams actually did away with “OKR meetings” entirely. As more internal teams started adopting Mesh’s OKR model, the need to meet for discussing updates or progress substantially reduced.

In their most recently concluded performance review cycle, ShareChat informed us that they were able to reduce the total time taken for these reviews by 50%. On top of that, they did not see a noticeable attrition rate post the culmination of the cycle (which is usually the norm everywhere) and both the employees and the managers were appreciative of Mesh for bringing in the breakthrough in streamlining the performance review process. As a result of this, the HR team was finally able to focus on building insights rather than pushing the teams and managers for execution.

Even though Mesh provides the facility of helping individuals plan their day-to-day tasks and do daily catch-ups seamlessly, this wasn’t something the HR team at ShareChat proactively sold to the employees. However, it was noticed that few teams, on their own, started using Mesh for both managing their day-to-day tasks and for daily catch-ups and they say Mesh has been an absolute revelation to them in that regard.

Apart from flawlessly meeting ShareChat’s non-conventional requirements, another important highlight of the partnership was that employee grievances with respect to how the company was doing performance evaluation or how fragmented the feedback process was, went staggeringly down.

More specifically, the reasons why ShareChat banked on Mesh,

Successfully complete their performance review process with 100% participation from 600+ employees within 45 days.

Mesh saves us lots of time during performance reviews as well as ongoing check-ins. It's highly customizable and user friendly. The rollout was fast and easy, even though our requirements varied from one part of the organization to the other. Be our next success story! 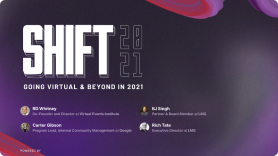